WE’VE FOUND OUR BEATRICE AND BENEDICK

We’ve announced the casting for this year’s community production of William Shakespeare’s romantic comedy, Much Ado About Nothing.

Following the sell-out success of last year’s production of Romeo and Juliet, this year’s company is made up of a mix of returning stars and some new faces among the residents of Wells and surrounding area.

Lee Housley who played Sampson and Balthasar last year has landed the leading role of Benedick alongside newcomer Jennie Harris as Beatrice.

Lee who studied Shakespeare at University said: “I love Shakespeare. I think Benedick is a wonderfully written character. He’s essentially ridiculous which suits me as I sympathise with him! I played two small roles in last year’s production of Romeo and Juliet and fond the experience joyous and rewarding. I couldn’t wait for the Wells Theatre Festival to roll around for its second year. Ros, the director does such a calm and meticulous job that she makes it easy for us.”

Beth said: “Being cast as the lead role in Romeo and Juliet in last year’s festival was an extraordinary experience! The role was challenging in all areas but it was totally worth it. I met some lovely people and have grown friendships with those I lucky enough to share the stage with. This year, I will be developing another leading role as Hero. This year’s festival will be bigger and better, and I cannot wait for another challenge, as I prepare for my future of hopefully becoming a professional actress!”

In keeping with the time-honoured tradition of cross gender casting of Shakespeare’s plays a number of the male roles will be taken by female cast members. Caroline Bruce who played the Nurse in last year’s production will take on the role of Dogberry and Jenny Kingston who played Lady Capulet will play Don Pedro.

Jenny, an orthodontist based in Wells said: “I played Lady Capulet in Romeo and Juliet last year. It’s addictive and as good as any dangerous sport as a stress reliever! I made new friends too. That’s why I’m back again. So pleased to have been chosen for this intriguing role.”

Caroline, who is now parish consultant for the Anglican Diocese of Bath and Wells, has a background as a performer and a drama teacher. She says ‘I am so delighted to be back for another year and excited to be playing Dogberry. He is a bumbling, self-satisfied local watchman, a wonderful comic role.”

Jim Cellan Jones reflects on his Much Ado About Nothing 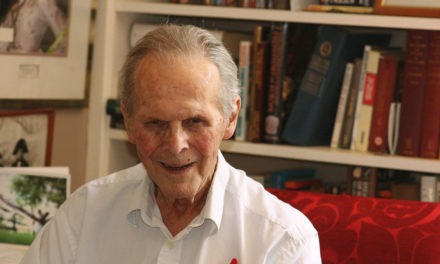 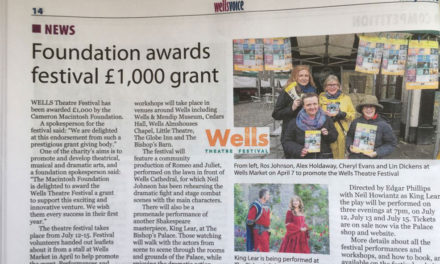