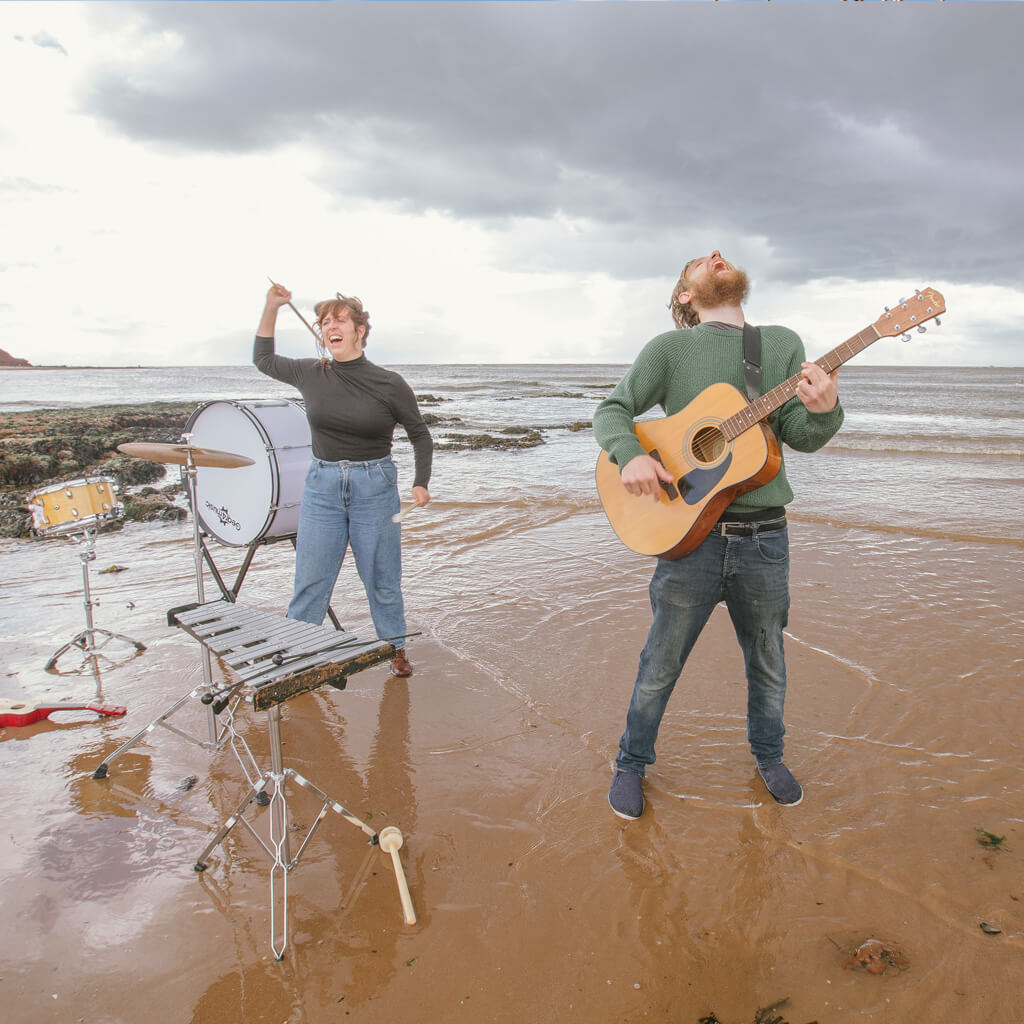 A story of bad rulers, worse weather, and how we keep going when everything is flipping terrible.

Two towns, one rich and one poor, stand separated by a narrow strip of ocean. When the borders close and ships stop sailing between them, two lovers are left stranded on either side. Unphased, Leander takes to swimming across the channel to meet Hero, guided by the light of the lighthouse where she lives. But the jealous and vengeful Hephaestus, carrying an ancient grudge, plots to separate them with a flood like neither town has ever seen.

We all know this will probably end badly. But just maybe, this time, it will turn out different…
Touring with its own portable bandstand this is a new self-contained musical from Jack Dean & Company that crosses the boundary between concept album, musical and theatre.

Commissioned and supported by Unlimited, celebrating the work of disabled artists, with funding from Farnham Maltings and Arts Council England.