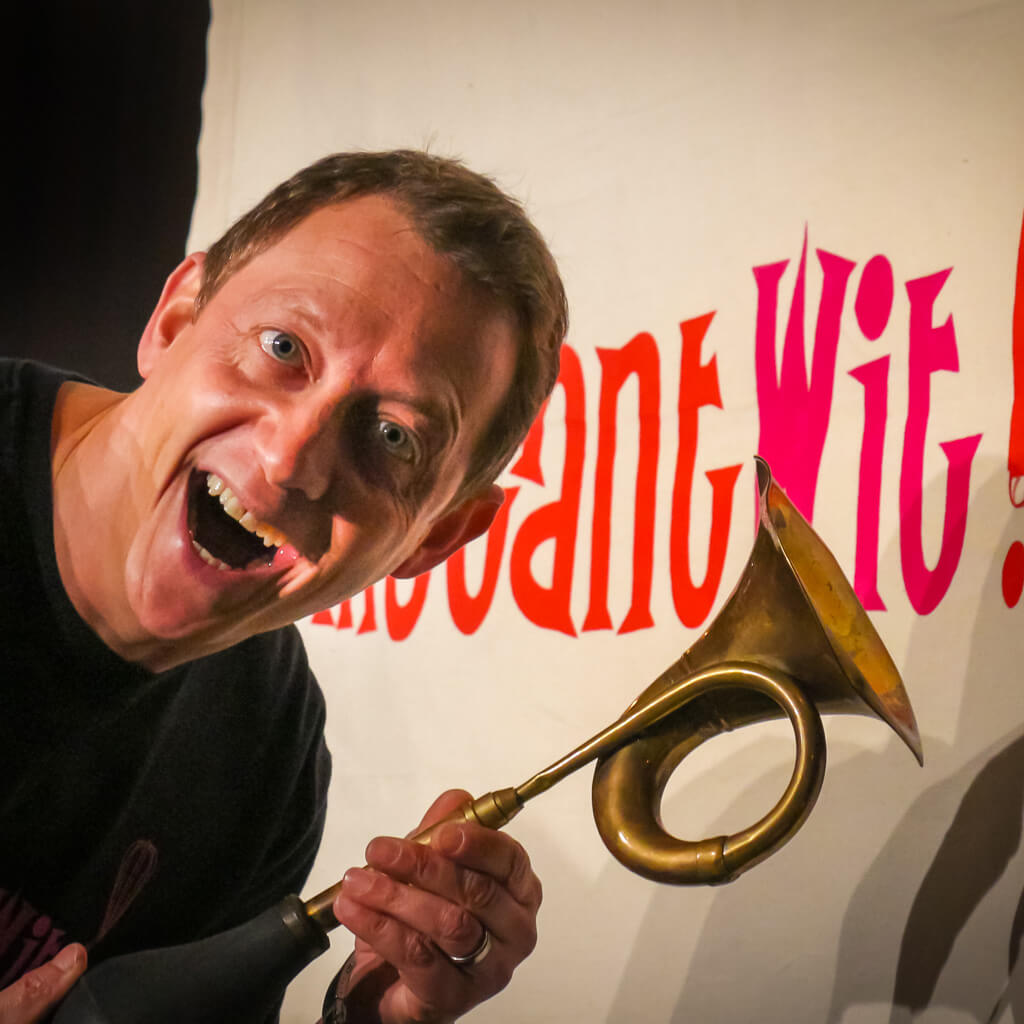 Instant Wit, the best in improvised comedy. Fresh and inventive, each show throws up new nuggets of hilarity crafted by a company of the highest calibre. It’s a pick-me-up tonic with unexpected twists and a dash of sauce.

There’ll be sketches, songs and general silliness – and all of it based around audience suggestions. And if you’re too shy to shout anything out? Well don’t worry, you’ll have the chance to write things down in the interval. We’re the ones who’ll look daft, not you!

So now’s the time to indulge yourself if you’ve always had a secret yearning to see something really bizarre on stage. A country and western song about a set of false teeth? Nicola Sturgeon playing Twister with Boris Johnson? Well why not? Your wish is our command. Good suggestions get flying packets of custard, the best a bottle of wine.

Many people have seen improvised comedy on the t.v. – but remember, this is not recorded and edited, but totally live, making it trickier for the actors but more exciting for the audience. So, if you like your comedy fast-paced and with a slightly unusual edge, this is definitely for you!