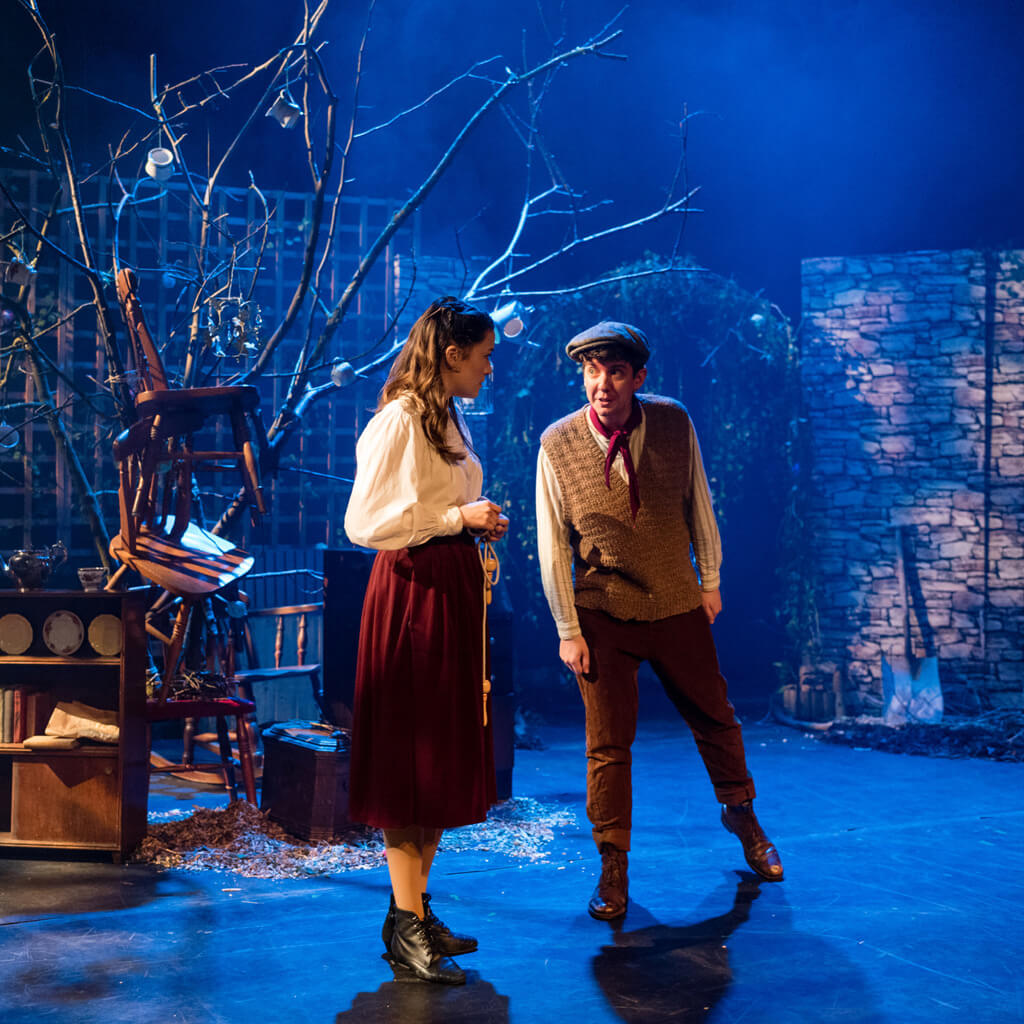 The Secret Garden is a classic story of a young girl, orphaned and sent to live with her uncle in a rambling old mansion on the Yorkshire moors. Making some unexpected friends along the way, she finds a disused, walled garden and unlocks the magic within.

When Mary Lennox is sent to Misselthwaite Manor to live with her uncle, everybody says she is the most disagreeable looking child ever seen. It is true too. Mary is pale, spoilt, and quite contrary. But she is also horribly lonely. Then, one day she hears about a garden in the grounds of the manor that has been kept locked and hidden for years. When a friendly robin helps Mary to find the key, she discovers the most magical place anyone could imagine…”

In 1898 Frances Hodgson Burnett rented Great Maytham Hall in Kent, a manor with a walled kitchen garden – this would be the inspiration for this wonderful story. It was originally titled ‘Mistress Mary’, and she was so named from the nursery rhyme ‘Mary, Mary, quite contrary’.

The Secret Garden was first produced by Hordern Ciani Ltd as part of their inaugural Swanage Repertory Season in 2017. With support from Arts Council England and the Culture Recovery Fund, the organisation has survived the dramatic effects of the pandemic on the theatre industry and is delighted to be reviving a classic favourite for their home town of Wells.

Audio musicals of this production and their original version of The Railway Children, performed at the Wells Theatre Festival in 2019, will be available soon.