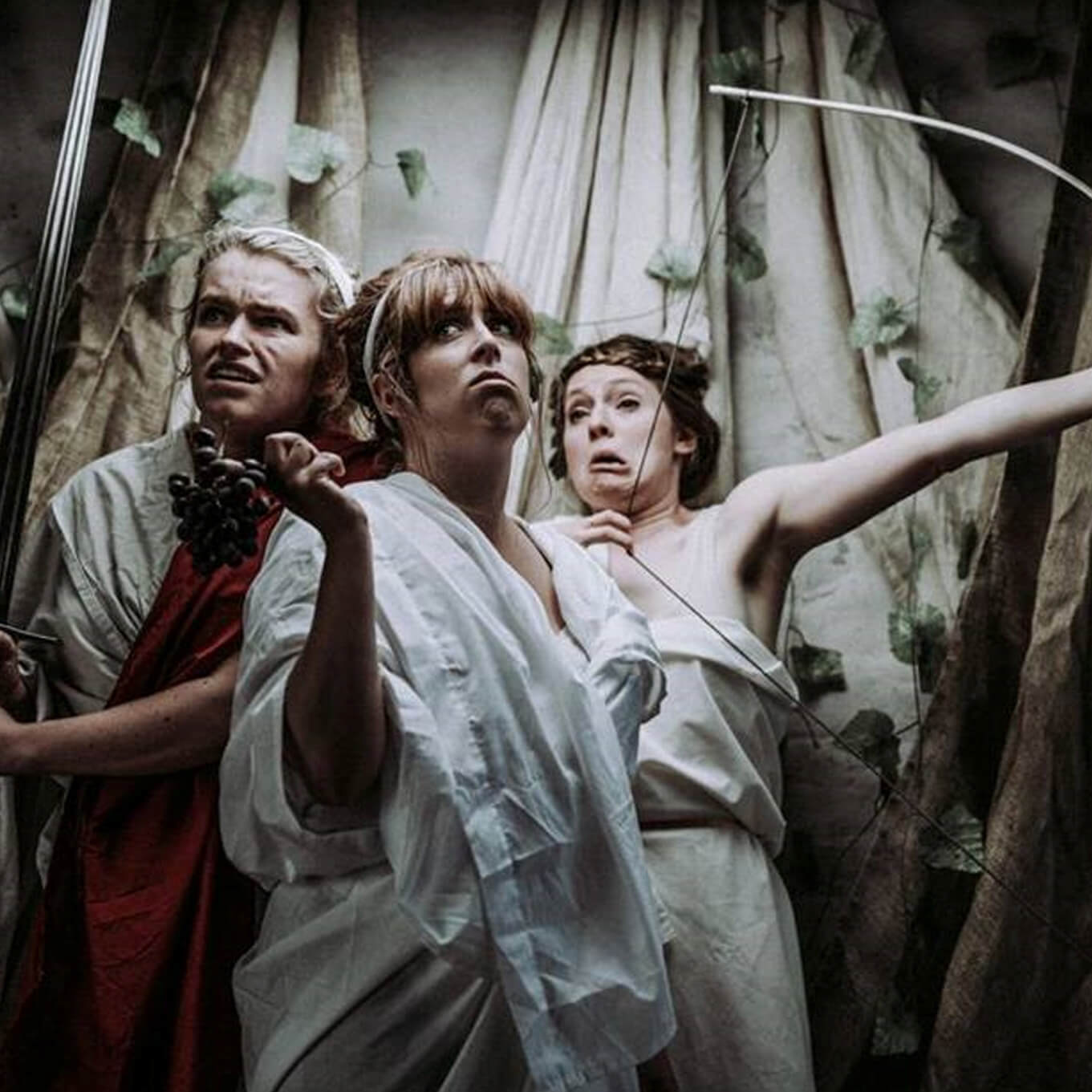 It’s 46BC, Ancient Rome. Our hero, Leta has been declared a traitor by the Roman Senate. She is given a punishment worse than death – ‘Damnatio Memoriae’ – to be erased from history. Whilst noble Gladiators and infamous Emperors around her are becoming legends, her name will be scratched out and forgotten forever. But with the help from some mischievous Muses, she decides to rebel against the Republic. Join Leta’s determined journey to reclaim her place in the history books, from crashing the Colosseum to bargaining with Brutus, she will go to the ends of the empire to make her mark. WOMANS is a feast for the eyes and ears, packed full of physical comedy, clowning and original music. Coinciding with the centenary of the first votes for women in the UK, Scratchworks tells the raucous tale of the first female resistance.

There are no upcoming events at this time.

Tickets can be purchased through this website, or in person from the Box Office at Roly’s Fudge Pantry, Market Square, Wells.