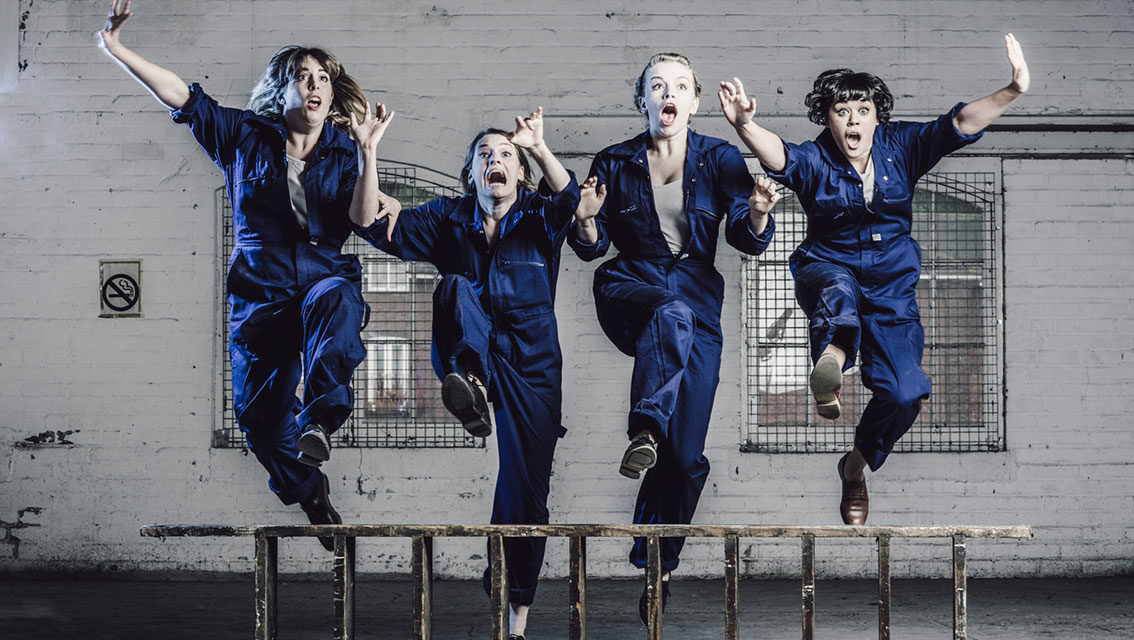 Great Train Robbery comes to the Wells Theatre Festival on 12 July 2018. Alice from Scratchworks Theatre Company tells us a little more about the show.

55 years ago this summer, a gang of fifteen criminals stuck a finger up to the British government and stole £2,000,000 from Her Majesty’s Royal Mail Train.

3 years ago this summer, a gang of four theatre-makers stuck a finger up to the patriarchy and began planning an original piece of theatre. It rewrites history and allows some female characters to finally get their slice of the pie.

What’s Great Train Robbery all about?

This show is an action-packed, family-friendly piece of theatre based on the true events of 1963. The Great Train Robbery was the biggest heist of the twentieth century. In our version of events, four cleaners leave behind their kitchen-sink lives to join the heist. Using a raucous combination of physical theatre, live music and clowning, we tell the story of the underdog cleaning ladies who defy expectations and smash 1960’s sexism where it hurts.

Where did the idea come from?

We began researching the true events of 1963 and quickly became inspired by the gaps in the story. There were four robbers never caught by the police and there are four of us! We couldn’t believe our luck and soon our imaginations ran wild. Who were these anonymous four and how did they get away with it? We realised we could invent an entire conspiracy theory based on these four robbers.

How did you make the show?

Great Train Robbery was first developed in 2015 in only two and a half weeks. During this intense creation period we worked collaboratively to write the script, create the characters, compose the music and choreograph the movement sequences.

We gave ourselves a challenge to tell the story with as little as possible. In fact, all we have is a bucket full of cleaning products to bring the heist to life. Stripping away complex set designs, props and technical effects was fun and freeing. It challenged us to think creatively about how to tell the story using voice, movement and live music.

Tell us about the journey of this show so far

The whole show fits in a bucket! This means we can travel the country to a variety of unusual venues. As well as touring to theatres, Great Train Robbery has been performed in spaces including hospital atriums, schools and village halls. We especially love performing in rural communities. We have previously toured to villages across Somerset, North Devon, Cornwall, Canterbury, Lancashire & the West Midlands.

The show has seen nearly 50 performances in thirteen different counties and 3 years later we are still making changes. Every show offers us new ideas and we like surprising each other with little bits of improvisation here and there…. It keeps us on our toes!

To see a little glimpse of what we have in store for you, here is our trailer. This was recorded while touring to a rural community in North Devon.
Great Train Robbery takes place on 12th July 2018, 9.15pm in Cedars Hall, 11 The Liberty, Wells.
Book tickets here 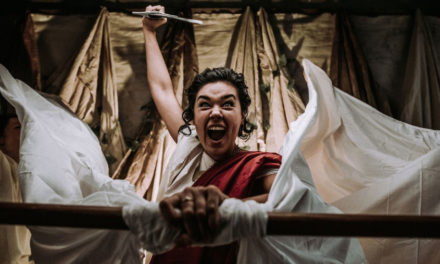 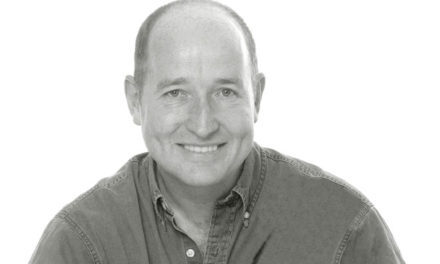 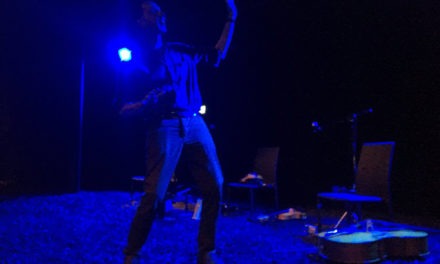